The Generation of Digital Natives are Powering the Digital Transformation

Digital natives comprise the largest share of the consumer base and workforce. Millennials (born between 1980 and 2000), Gen Z (born after 2000), and following generations of Alpha are called digital natives as they grew up immersed in technology and new media. Comparatively, digital immigrants, or generations born before 1980, refer to people who had to adapt to new technology and learn its language and functions.

Technology influences the way we think, feel, learn, and communicate. Marc Prensky, an educator, coined the term “digital natives” in 2001 to explain why teachers were having trouble with students. According to Prensky, digital natives speak a different language—a digital language of computers, video games, and the internet.

Marketing and public relations experts have identified unique traits and attributes of digital natives. The rapid spread of affordable smartphones and the enormous popularity of social media networks such as TikTok, Twitter, Facebook, YouTube, and Weibo have created a virtual world where digital natives hang out, irrespective of their location. Not surprisingly, these social media platforms have been the priority of marketing and communication teams

Blurring of Digital and Physical Lines

According to the 2022 Deloitte Digital Media Trends, about 25% of US gamers attended an in-game event last year. Men and Millennials were the most likely attendees. But 82% of those attending live in-game events also purchased because of the event: 65% purchased digital goods, and 34% bought physical merchandise. It shows that the line between real and virtual is fading for the new generation of consumers.

Digital natives demand more from a brand and have used consumer power to shape the industry. The market and the industry are responding to these changing consumer preferences. Little surprise that the companies that choose to be digital-first gain market share every day.

According to a McKinsey report, digitally native brands are growing, on average, at triple the rate of overall e-commerce. The fastest-growing digital native brands have scaled from $50 million to $1 billion in revenues in just four to eight years. Consumer-facing brands, including food-delivery apps, tech-enabled exercise equipment, and hair-coloring systems, are termed digital hyper scalers due to their ability to scale their operations and sales quickly.

Given the outperformance of these so-called digital hyperscalers, legacy companies in traditional industries are rapidly digitizing their operations and sales to compete with them. Companies such as Meta (Facebook), Amazon, Apple, Netflix, Alphabet (Google), and Microsoft in the US and Baidu, Alibaba, and Tencent in China are all examples of digital hyperscalers. They will continue to drive change unless a new challenger can upset them in the race.

Given the outperformance of the so-called digital hyperscalers, such as Meta (Facebook), Amazon, Apple, Netflix, Alphabet (Google), and Microsoft in the US and Baidu, Alibaba, and Tencent in China, legacy companies in traditional industries are rapidly digitizing their operations and sales to compete with them. These hyperscalers will continue to drive change unless a new challenger can upset them in the race.

Indeed, some digital incumbents outperformed the S&P 1200 by about 50% as they adopted new digital capabilities to improve sales and profit margins. Big brands such as Diageo, ING, John Deere, KLM, L’Oréal, and Ping An Insurance are examples of digital incumbents.

Digital leaders give superior returns compared to other businesses. The most innovative companies are digital-first companies driving away from the business from traditional to new tech models. According to Boston Consulting Group, the five attributes that best define any company’s digital transformation success are:

The world is becoming even more digitally native every day than the previous day. In 2020, about 6.4 billion people owned a smartphone. That is 83.7% of the world population. And on average, we spend about 5 hours a day on our mobile devices. According to the World Advertising Research Center, 72% of all internet users, or 3.7 billion people, will solely use smartphones to access the web in 2025, from about 2 billion, or 51% of today’s world population.

Don’t let your business fall behind while the generation of digital natives is driving the world forward. Reach out to us to explore how IMS can transform your business. 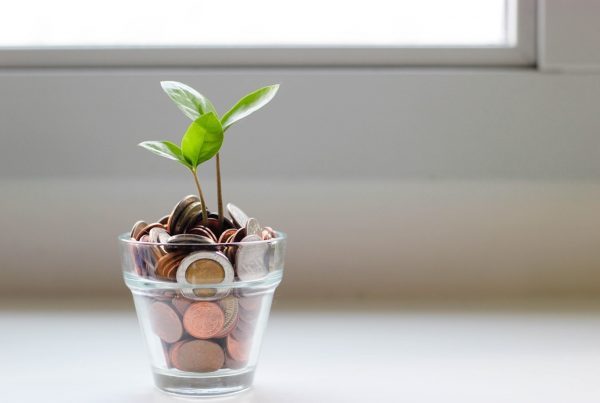 What will disrupt venture building in 2022? Top five trends we are keeping an eye on Consumer Sustainability Trends: How to Engage the Conscious Consumer

This website uses cookies to improve your experience while you navigate through the website. Out of these, the cookies that are categorized as necessary are stored on your browser as they are essential for the working of basic functionalities of the website. We also use third-party cookies that help us analyze and understand how you use this website. These cookies will be stored in your browser only with your consent. You also have the option to opt-out of these cookies. But opting out of some of these cookies may affect your browsing experience.
Functional
Functional cookies help to perform certain functionalities like sharing the content of the website on social media platforms, collect feedbacks, and other third-party features.
Performance
Performance cookies are used to understand and analyze the key performance indexes of the website which helps in delivering a better user experience for the visitors.
Analytics
Analytical cookies are used to understand how visitors interact with the website. These cookies help provide information on metrics the number of visitors, bounce rate, traffic source, etc.
Advertisement
Advertisement cookies are used to provide visitors with relevant ads and marketing campaigns. These cookies track visitors across websites and collect information to provide customized ads.
Others
Other uncategorized cookies are those that are being analyzed and have not been classified into a category as yet.
Necessary Always Enabled
Necessary cookies are absolutely essential for the website to function properly. These cookies ensure basic functionalities and security features of the website, anonymously.
SAVE & ACCEPT

Are you ready to launch your brand in China?

Get China-ready with our free 10-step checklist! Enter your email address to instantly receive our checklist for preparing to launch in China and get our mini-series on succeeding in China straight to your inbox – all for free!